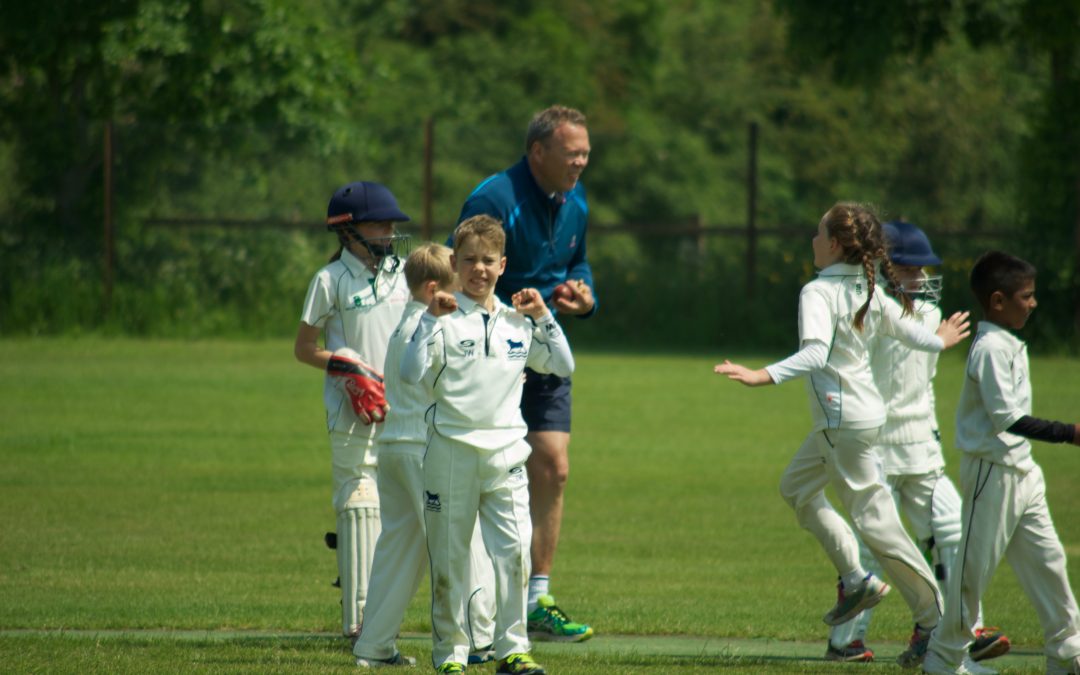 It was emotional! Not just myself, but some of Downs U11 players were returning to their old turf and so the added pressure to perform well was on!

It was a chilly and early start to a day that did not disappoint. Duo-captaincy from Kalan and Joe Weller and the toss was won by Downs – we chose to bat.

Both Kalan and Joe opened up the batting to some very accurate bowling from the Wootton Massive. But, not much troubled the pair, although a couple of dropped catches of a wet, greasy ball did help. Kalan sailed to another retirement of 25 to be followed shortly by Joe, achieving 28 with a sneaky 4 off his last ball.

Kian and Edie, both finishing on an unbeaten zero, finished off the innings contributing to the team average! A good effort by the Downs batters setting a target of 96 for Wootton to win. Bring it on…!

There are 2 brothers making a name for themselves across the Cotswolds for their fear-fuelled deliveries – the Niyeropolas! They opened and they were mean – 5 runs off the first 2 overs. Between them they bowled 8 overs taking 3 wickets for 26 runs – a great effort.

Joe Weller took over from Kalan and continued the onslaught taking 1 wicket for 21 runs from 4 overs. Henry, King of Spin, bowled very accurately puzzling the batsman with the turn. Unfortunate not to take a wicket but a miserly 11 runs taken from his 3 overs.

Other bowlers played a crucial part in keeping the Wootton total down. This came from Edie Welch, Alice Potter, Ben Anker and James Drury. Very pleased with Ben Anker’s effort as he worked hard in the nets this week on his bowling and looks like its paying dividends – few more years he’ll be tapping the doors of the senior teams – watch out!

The odd loose ball from the Downs’ attack did prove costly at times as Wootton took full advantage finding the boundary on several occasions. What started to look like an easy win was now getting interesting – Wootton were ahead on the runs per over. Tense…!

With 4 overs to go, Wootton needed about 12 runs to win – the pressure was indeed on. Tight bowling and fielding was the order of the day – and it was delivered in spades. LBW from Kian, a superb catch from Alice running in from 3rd man, Ben Anker producing a great bowling effort under extreme pressure and a maiden delivered from James – it was the icing on the cake of a very tight match.

6 runs separated the 2 teams as Wootton could only reach 89 for 6 wickets. A superb match, played in the right spirit – neither team deserved to lose.

Man of the Match: Kalan Niyeropola for a superb all-round effort and excellent captaincy.