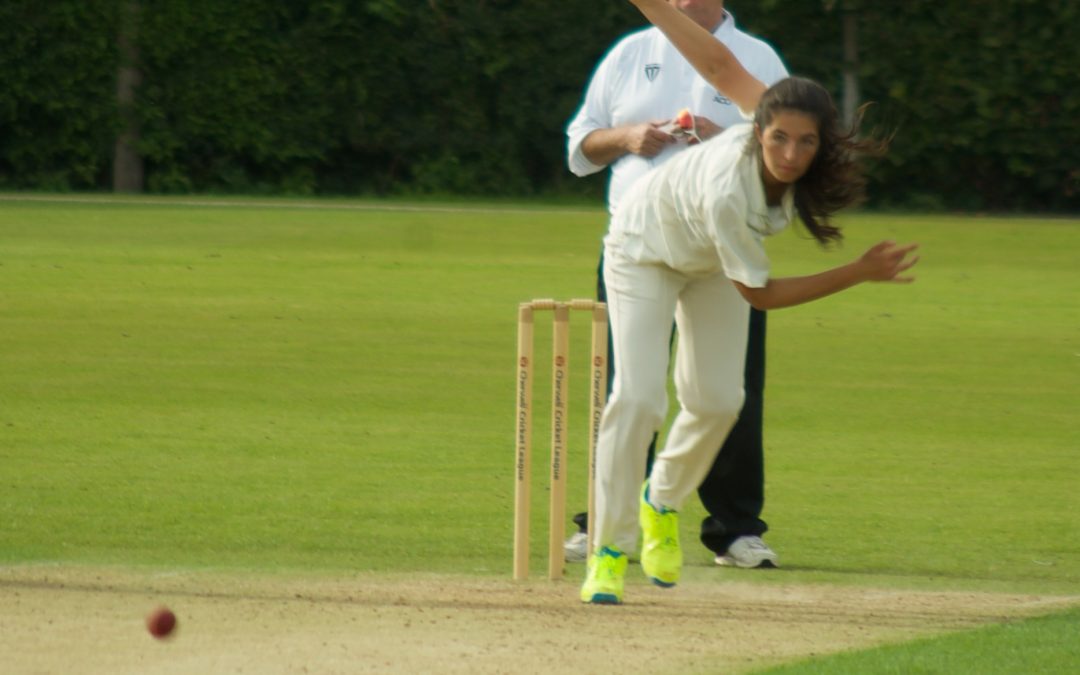 On a sunny, but muggy afternoon the Oxford Downs Second XI welcomed Banbury III’s to Standlake. The temporary groundsman having been given his instructions, this is how you start the mower and this is how it goes forward, prepared the strip for the upcoming battle. It was a bit disappointing to see he had not been told how to put out the flags and the discs, but we let that slide.

The skipper won he toss and elected to bat. Wes and Toby took the crease knowing that 7 points would ensure our mathematical safety. They got us of to a good start before Wes fell caught behind. Toby followed suit shortly after slapping a half tracker straight to cover. Charan Chahal came to the crease and began what was to prove to be a vital innings. The middle order did not stay long with him, and it was left to Jonny Meardon to work a positive partnership. Charan eventually fell for 73 to an outstanding caught and bowled. The tail failed to wag and Jonny was the last man out for 34. The Downs posted 190. This was 4 of the required points gained

The Downs now took to the field knowing that a further three points would ensure a continued existence in Division 3. Cameron Spelsbury and Steve Roberts opened up. The skipper made a monumental decision at the end of the 8th over and decided not to take Steve despite the fact he was bowling a load of excrement. Steve decided to stop bowling wide long hops and began to bowl line and length. This resulted in final figures of 16-5-34-7. Cameron bowled with venom and finished with 10-1-38-2, including the vital 9th wicket to break a stubborn partnership. Charan picked up the last wicket to complete an important victory for the Downs.

A special mention needs to go to Rachel Potter. In the middle of her spell the number 6 batsman for Banbury had the temerity to try to hit her over mid-wicket with an agricultural shot. The stare he got not only put the frighteners on him, but also the rest of her team mates.

The Downs have now moved up to the dizzy heights of 5th in the table, moving above Bicester and North Oxford. The final game at Westbury now awaits.