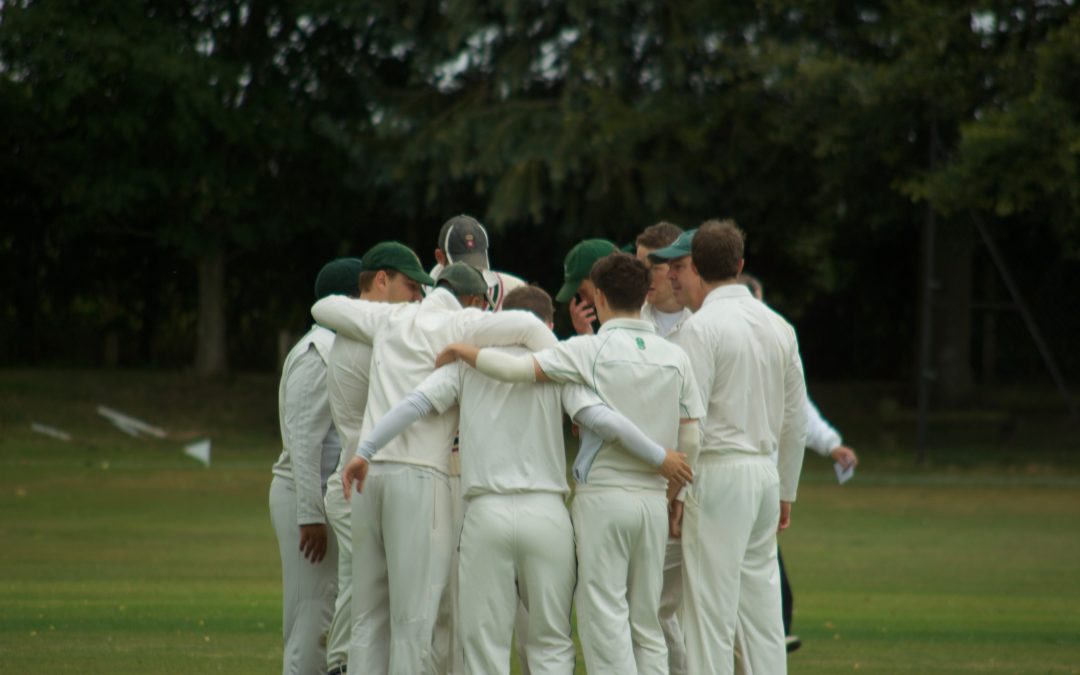 This Saturday the 1st team were away at Bletchingdon. A very strong side was selected for this away fixture with only Tom Costley unavailable. The toss was lost and we were told to take to the field. With Harry Sutton returning we had our two highly regarded opening pair fit and ready to cause a storm. The pitch unfortunately didn’t quite suit our bowlers and Oxford & Bletchingdon Nondescripts opening batsmen got them to a good start to 40 for 0 off the first 10. Mr Sutton got the first wicket with an LBW which stayed low, not a good sign for our batsman. A change of plan was formulated. Grandpa Nick Rivett and his grandson Will Watts bowled well together, were tight and force a few wickets. The oppo looked like they had thrown away a good start at 114 for 6. Bletch’s no.6 put on quite a show and hit a delightful 50 while hitting some cracking straight 6’s and some clever batting left them 202 all out with Will Watts running their no.11 out in the 51st over. A useful 2 more over for the Downs to use.

Chris Sandbach and Waz opened up with what we probably considered our strongest batting line up of the year. A good start for Chris and Waz seeing off the two openers gave Downs some encouragement. Waz fell shortly after the new bowlers were brought on with a useful 31 (strangely the highest score of any Downs batsman). Chris fell shortly after Waz picking out the man at square leg. Will papa bouba Watts and George sando Sandbach put on a nice little partnership, running well and rotating the strike. Watts bowled and Sandbach LBW one after the other left Downs struggling despite both getting late 20’s. The scorecard will show you a lot of starts but not many big scores, not good club batting! Oxford & Bletchingdon Nondescripts spinner bowled immaculately changing his pace and using his variation effectively. James Lauder batted sensibly, but unfortunately had to watch the wickets of Elwood and Rafiq fall which put Downs under serious pressure. Henry Sensicall who batted brilliant at Challow 2 weeks ago had to emulate that performance. He and Nick Rivett, after Lauders exit, put on a nice little partnership. With 9 overs to go Downs had to get 50 runs. At just over 5 an over one of these batsman were putting a 4 away each over and batted calmly and maturely. Running well, Henry was then ironically run out, much to be disputed by most players, another bit of bad luck for Henry who is now club captain at Exeter University, if you haven’t already heard! In comes the talented Mr Sutton. Rivett out! 9 down! Not Jonny Law again…apparently so. With two balls to go and their main spinner back on the downs were on the edge of their seats, nails already knawed off. Harry Sutton hit a cross bat straight dart right over the bowlers head to clank into their sightscreen for 4. Downs to win! Another dramatic game, who need t20 finals day?

Oxford Downs are now 17 points clear of Abigndon who they are playing next Saturday. A win would secure top spot of the league.