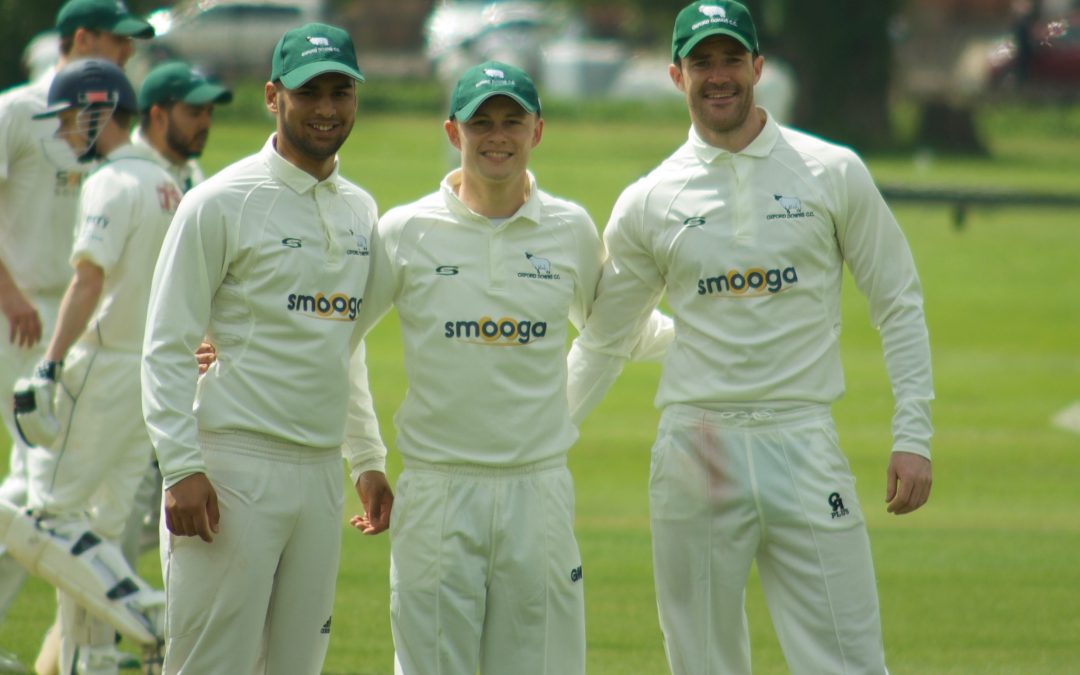 Skipper Mehmood won the toss and elected to field which proved a good toss to win.

Matt Woods and Jonny Law opened the attack and proved more than a handful from word go with wickets falling at regular intervals with some incredibly accurate bowling from both giving nothing away. Both bowlers having bowled their full entitlement of 17 overs each they managed to get Abingdon down to 7 wickets for very little.

Abingdon’s Paul Butcher the was the only batter able to survive Oxford Downs attack finishing with an unbeaten 60*.

Momentum stayed with Downs as Harry cleaned up the tail taking the remaining 3 wickets leaving Oxford Downs with a target of 129 to win.

Abingdon got off to a strong start with the quick dismissal of skipper Wasim Mehmood and George Sandbach. Will Watts then dug in and put on 25 runs before the further dismissal of himself and James Ellwood.

The resilience of James Lauder and Amin Rafiq steered the ship home bringing Downs 1st win of the season by 5 wickets.