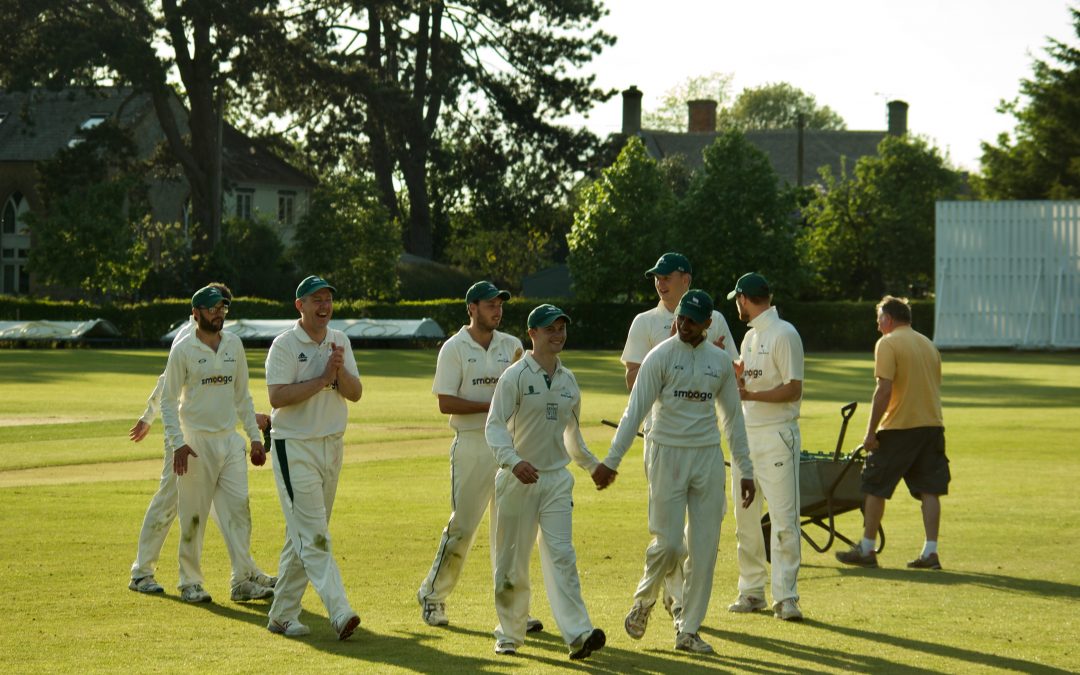 2 Games for the 1st Team this weekend.

The first was against Tiddington CC on Saturday. Unfortunately we were rained off half way through, the only highlight was our overseas player Adam Beck hitting a patient 80.

Both teams received 6 points due to the draw.

The 1st team had pretty much a full strength team going into the second round against Tiddington again for a double header.

Oxford Downs won the toss and decided to bat. Sandbach and Lauder went in to start the innings against a depleted Tiddington team. We got off to a flyer hitting 74 off the first 10 overs.

Two very different batsman batting together, Sandbach trying to be assertive and Lauder keeping wickets in hand, a good combo. After a quick fire 70 Sandbach was caught at square leg toeing one. Lauder continued to grind down the Tiddington bowlers with the support of Will Watts.

Downs once again showed some great running ability with Elwood and Costley doing the same. Lauder brought up his 50 and continued to 73 before being run out, sometimes the consequence of running hard! Amin Rafiq showed why he is a top quality Division 1 batsman by smashing a quick fire 25 off not many balls. Oxford Downs ended up on 243 for 7.

Tiddington got off to a flying start. Some loose balls on a good track meant that their opening batsman got off to a similar start to us. Airey was the one to make the breakthrough which was followed up by a caught behind from Rivett.

Things went quiet on the Downs front for a while as Tiddington took their ones well and rotated the strike effectively while putting away the bad balls.

The first two balls after drinks were magnificent. Will Watts with two in a row both caught behind put Oxford Downs very much in the driving seat. Drinks breaks always bring 1 wicket but luck was on our side with a double. Watts continued to bowl tight lines to a well set field and ended up with 4 wickets.

Rafiq came on to continue the tight stump to stump bowling. He ended up taking 4 wickets also which saw the home side with a victory.