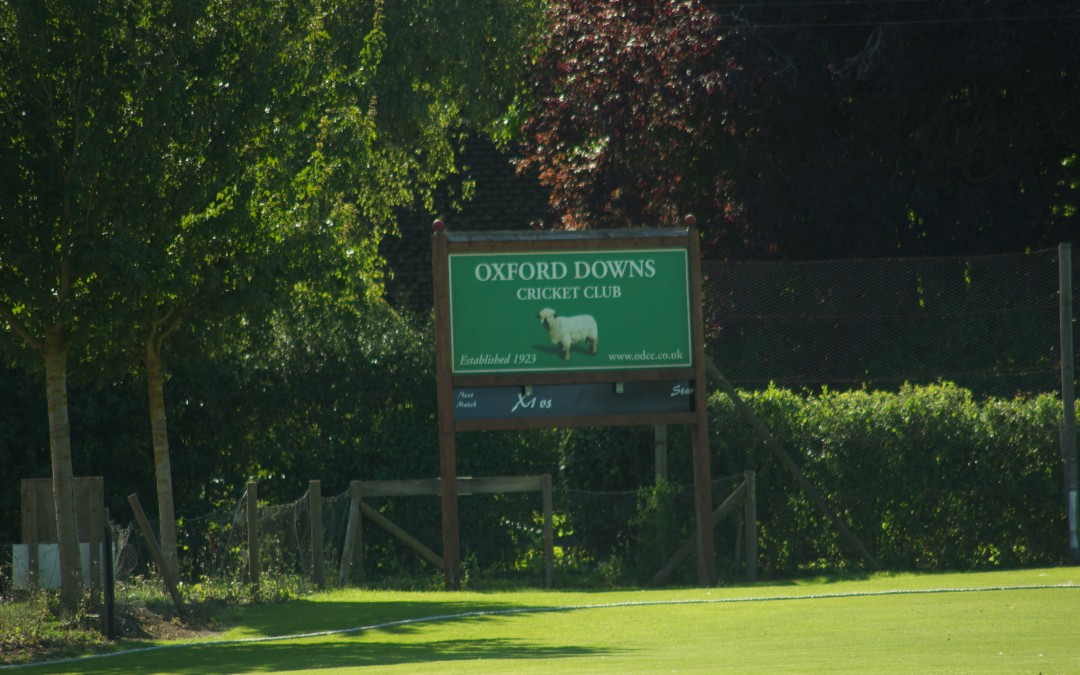 The sun shinning over the beautiful setting that is Oxford Downs Cricket Club started off cricket week with the promise of some fabulous cricket.
George Sandbach won the toss and decided that we’d have a bat and what a decision it was as we sat back and watched Luke List and Toby Collins put on a batting master class with a partnership of 157 before List fell on 95. Steve Roberts successfully negotiated the 10 minutes before lunch, after a fantastic lunch play continued with Collins and Roberts continuing the stroke play.
Toby Collins punched the ball for two to bring up his first ever century and a spectacular one at that, unfortunately falling not long after building a 107 partnership for the second wicket. Downs declared on 274 with Roberts ending in 62*.
The Wayfarers got off to a slow start before tea with Roberts taking a stunning catch in the slips off Ben ling! Unfortunately the wayfarers never really got going under some impressive bowling. Ben Ling finished with fine figure of 5-10 and downs secured victory by 162 runs
Tweet