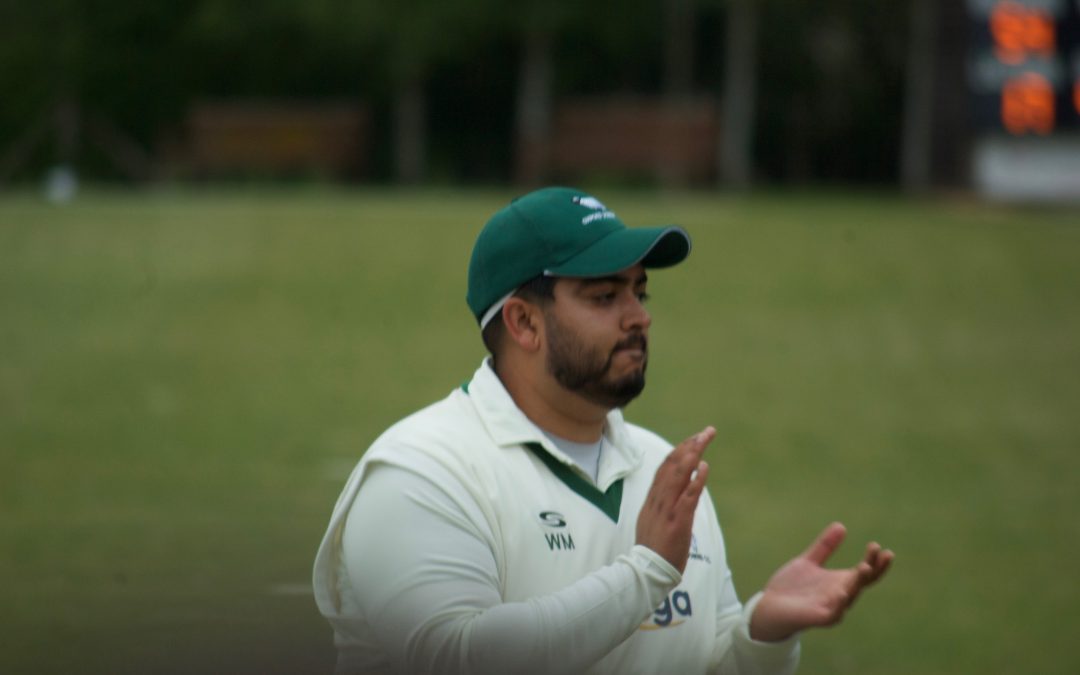 Waz is a Dad! What a fantastic day for the club with 75 points and our 1st team skipper having a little baby girl! He can tell that story another time, I will fascinate you on our quest past Bicester.

With Law, Woods, Elwood, Watts and Mahmood all missing, the 1st team had a challenge ahead of themselves. We lost the toss and were put into bat (phew, lucky us!). Crouch and Sandbach got us off to a flyer going at 8 an over after 10 overs. Seamers not causing too much damage, but then the spin came on. What a bizarre wicket it turned out to be with the spinners turning the ball 2 feet and the track not giving much with it’s pace. Both Crouch and Sandbach played patiently but the latter out on 39 after hitting one onto his pad and scooped up to the keeper, 78-1. 3 wickets fell quickly with Lauder run out before facing a ball (awkward), Charan having a tough LBW and Amin, after starting well, getting a good ball. Crouch batted heroically against the spin before falling but the tail batted well, in particular Cam who smashed a quick fire 36. We were all out for 211, 40/50 short of a good score we felt.

Twyford obviously had a BBQ to go to after the game and started with some huge shots. Sutton bowled through his 10 with a couple of wickets however unlucky not to get more. Big kiwi Costly managed to force an LBW but as we were well aware spin was how we were going to win this game. Amin and Charan bowled beautifully together, with a combination of accurate dart bowling and threatening leg spin. After starving them of runs we forced a few more wickets and ultimately these two, with the help of Cam, Rivett and the mysterious off spin / 40 yard dash bowling from George meant that Twyford were all out for 125.

A good win for the lads…and Rachel, meant that the gap on Dinton shrinks.