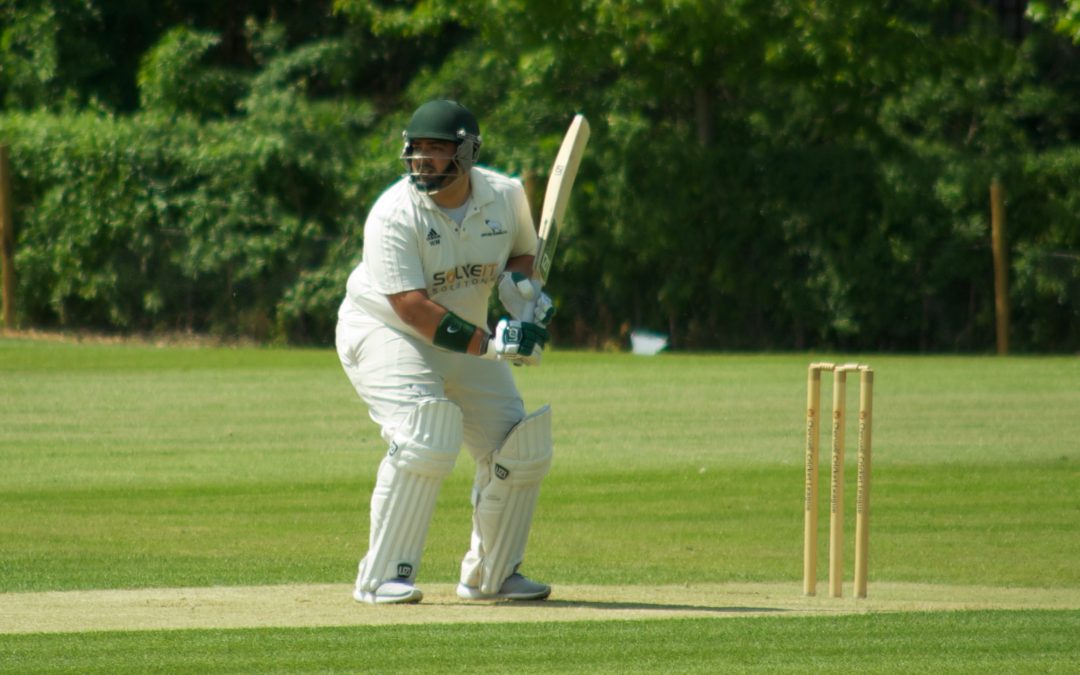 Oxford Downs lost the toss and were put in to bat.
George and Waz got off to a great start with almost two boundaries an over for the first 10. A fine display of stroke play from George had Downs set for big score. However, a little collapse with Waz, George(45) and Elwood all being dismissed within a few overs of each other put Great and Little Tew right back in to the game. Runs were still flowing with a solid 20 from Will Watts before losing his wicket.
Oxford Downs showed no sign of weakness with a superb partnership from Amin Rafiq and James Lauder both scoring their first league 50s of the season turning the tables and putting Downs back in control. The innings was finished off with a quality performance from Frankie Crouch and James Lauder who went all guns blazing smashing the ball finishing the innings on 256.
Second innings started well with a tidy and economical bowling from Harry Sutton and Jonny Law. Only managing to take 1 wicket it was a very balanced game with Great Tew accumulating runs well in the middle overs. This changed very quickly with a fantastic run out from James Lauder. Momentum shifting back in Downs way was capitalised with a tidy bowling partnership from Waz and Nick Rivett proving very effective having taken the pace off the ball. A great spell from Nick Rivett holding down one end set the stage for a second spell from Jonny Law to come back to steal two wickets at the end leaving Great Tew 7 down and 48 runs short.
Overall a fantastic team effort from the boys proving what immense depth we have in the batting and great team spirit we have in the field.
Really well done to the downs 1st XI against one of the clear favourites for division 2.
Tweet