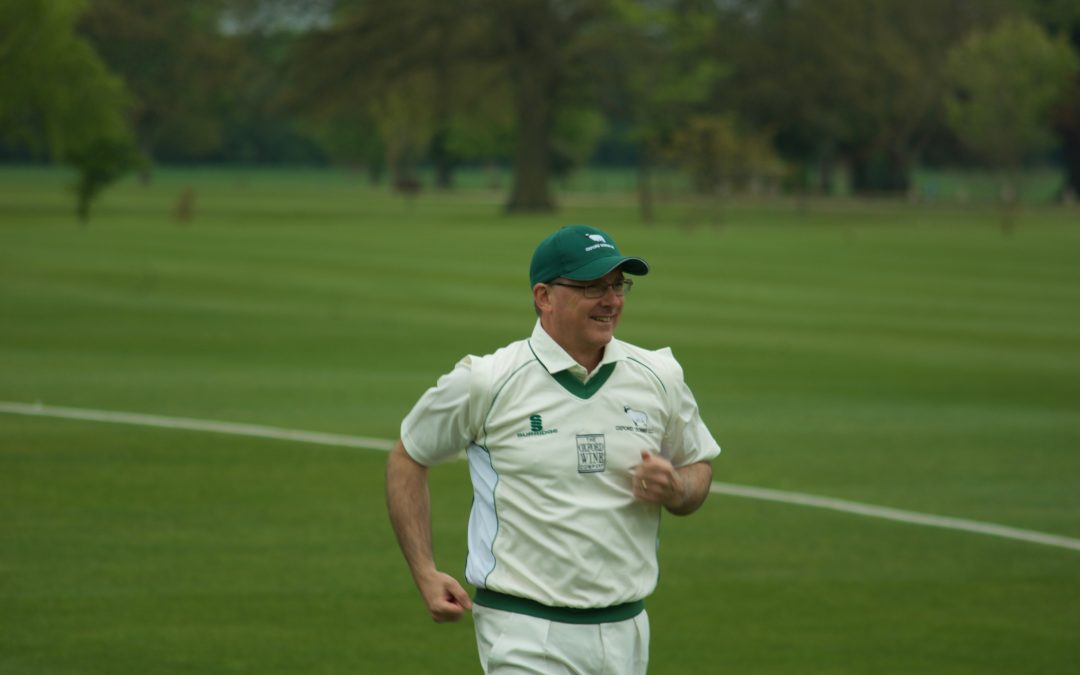 The 3rds are off to a winning start with a crushing 9 wicket win over Twyford 3rds.
Twyford won the toss and surprisingly elected to bat first in cool overcast conditions. We got off to a great start running out one of their openers in the first over thanks to some good work in the covers by Harry Gillam and Alex Owen. Cam Spilsbury bowled with great pace (just ask Tom Ling how his hands are this morning!)  and beat the bat regularly. At the other end Rachael Potter bowled very well with great control, finishing her spell of 7 overs with 1-14. A double bowling change with the score on 62-2 after 15 overs saw wickets fall steadily with Dave Spilsbury taking 2-38 and Rob Owen 4-26. The final two wickets were mopped up by Swiley, the innings brought to an end at 115 with a stumping by Tom (child-catcher) Ling!
Downs pursuit of 116 to win got off to a steady start against some quick, accurate bowling, reaching 15-1 from 7 overs. Harry Gillam and Nick Angus then got into their stride accelerating the score. Both finished not out, Harry on 76 and Nick on 32, to see Downs home after just 23 overs.
A great start to the season (so much better than our first game last year!). Thanks to everyone who played, scored, supported and provided tea.
Tweet