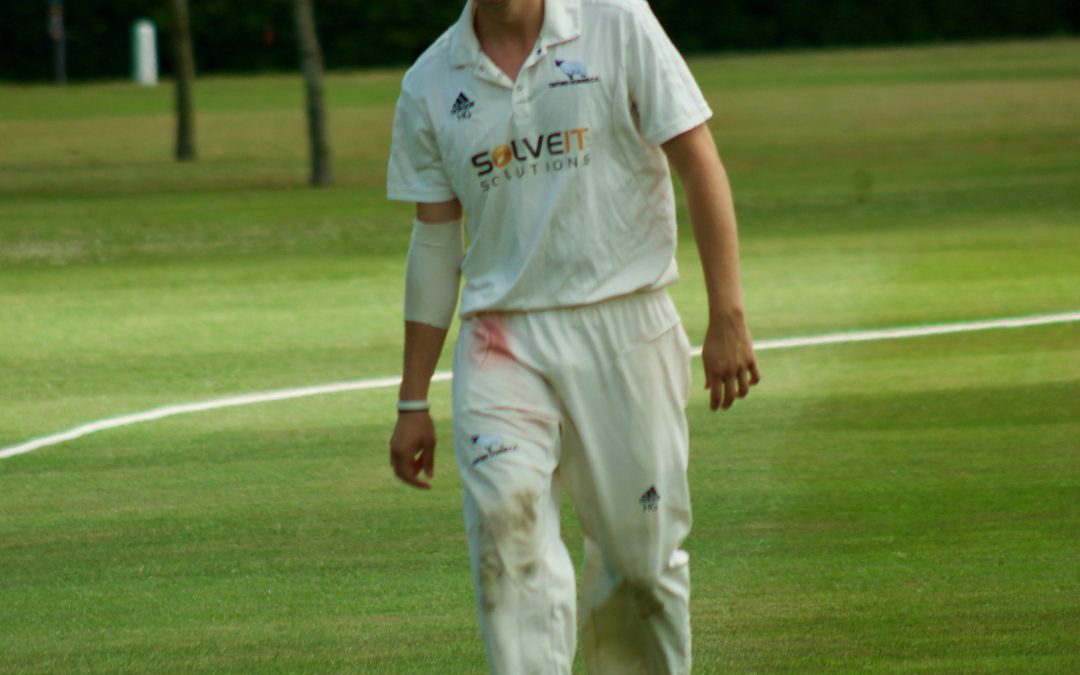 We welcomed 2nd placed Thame Town 3rds to Cokethorpe on Sat 01 July.
Much to everyone’s surprise, including his own players, the Thame captain won the toss and chose to bat first. Our opening bowlers again got us off to a great start, with Dave Spilsbury and Tom Gould (now almost recovered from a rib injury) bowling quickly and accurately. Tom bowled quicker with each over, at one point the field was set with 4 slips and a gully (quite unusual for Div 9) – those of us fielding in the slips were secretly relieved when his 7-over spell finished with figures of 1-14. Dave picked up his now customary three wickets to end his 10 overs with 3-21. The Thame batsmen actually looked pretty good, so it was testimony to our good bowling and fielding that at the halfway mark they had only reached 66-4. We used six more bowlers, all of whom contributed either with more wickets or with keeping the runs tight. Thame were eventually all out in the 42nd over for 131 – another very strong performance from us.
The task set for our opening batsmen (Rob and Sean) was to see off the first ten overs safely. We managed 8 before I was bowled (it moved off the pitch like a leg-break, honestly!). Sean did make it to the tenth over before he fell the same way. This brought together Harry Gillam and Tom Ling, both of whom batted stylishly and purposefully on their way to an unbroken partnership of 117 from just 16 overs. This included one over where Harry hit four consecutive boundaries to the delight of one spectator (thank you Scott!) and to the annoyance of the bowler (for a minute I thought we might be heading for a Dennis Lillie / Javed Miandad moment – anyone under the age of 50 will need to look that up on Google Tube!). Harry finished 61 no and Tom Ling reached his 50 with the final shot of the game. Another comprehensive victory against a good side leaves us 32 points clear at the top of the division at the halfway stage of the season – a truly terrific effort from all the players. Let’s keep doing what we’ve been doing, with everyone involved in every game and enjoying it.
Tweet