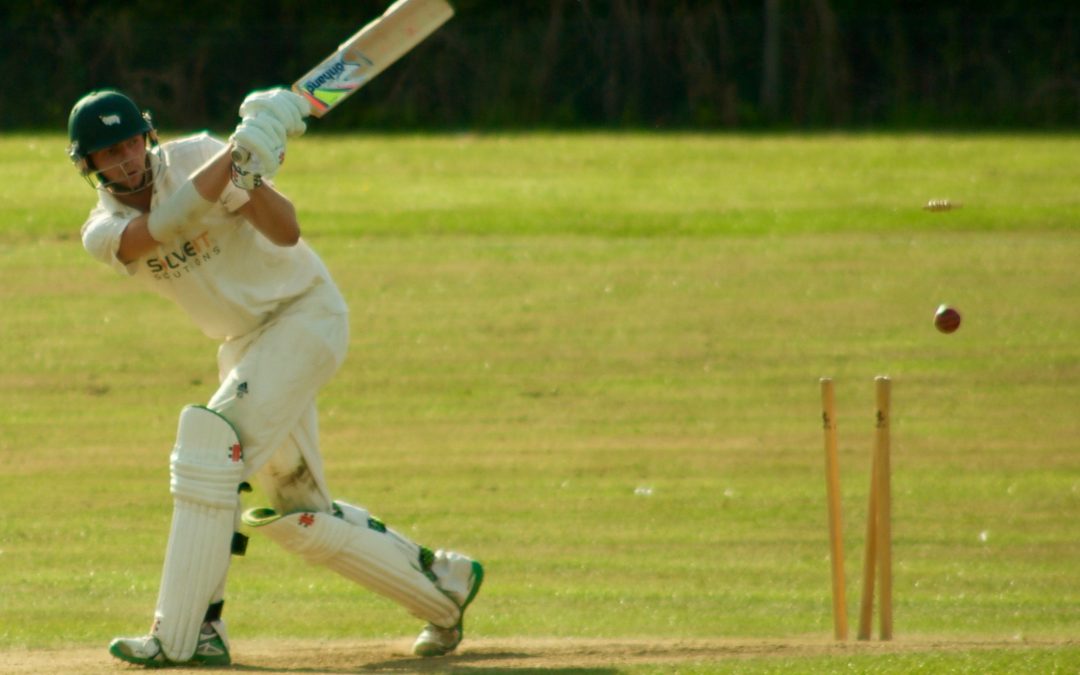 So, after 17 weeks, it all came down to this; the final match of the season against Thame Town 3rds, with the winner being guaranteed promotion. Our opponents, Thame, came into the match on the back of an impressive run of five consecutive victories whilst we had won our last two.

Thankfully the weather was good and the toss was won. Thame were asked to bat on a dry and dusty pitch and we made a good start with Dave Spilsbury removing their leading run scorer in the 3rd over. Thame then batted solidly, building up the run rate slowly so that, at the halfway point, they were 97-2 and looking at a score of 200+. We set ourselves a target to try and restrict them to <180 and redoubled our efforts in the field. Good spells of bowling by Prav Chahal (6-2-14-3) and Alex Bellenie (10-2-35-1) kept Thame to 145-7 with 6 overs remaining. The opening bowlers (Dave and Rob) then returned and were able to take the last three wickets, with Thame finishing on 163 all out from exactly 45 overs.

By the end of the Thame innings, the pitch had crumbled and bounce was becoming more variable, so this score looked like a good challenge. Openers Tom Gould and Freddie Smith got us off to a good start, scoring 20 from the first 4 overs before Tom was caught. Harry Gillam joined Freddie and this pair quickly added 50 in 9 overs. Harry then attempted a lofted on-side drive (slog, to you and me) and was bowled for 39. Tom Ling joined Freddie at the crease and this pair carried on in the same vein. When Freddie was out for 38 in the 17th over our score had already reached 103.

The introduction of a spinner by Thame slowed our run-rate a little as Tom and new batsman, Gus Watts, continued to look solid. This pair added 30 runs from the next 9 overs taking us to the drinks break. Tom then tried to hit the first ball after drinks out of the ground and was bowled for 32. Prav joined Gus in the middle as Thame began to scent a possible middle order collapse. After a couple of quiet overs, Gus and Prav then blasted a flurry of boundaries, including the only 6 of the match from Gus, to see us to victory by six wickets in only the 29th over. Trust me, this felt like a much tougher match than the scorebook might suggest.

Congratulations to all of those that have contributed to our successful season; Div 8 for us next year! Thanks to Jacqui for scoring and to Carolyn and others for the match teas, and to Mark for deputising while i was away – all of you are an integral part of the team. Roll on next May!